on January 20, 2019
For many farms in Indiana, electricity is one of the largest fixed-costs and one of the most difficult expense to control. Annually, utility electric rates increase by an average of 3%, while on-farm electric consumption usually increases as well. Farm expansion, increased production, new facilities and machinery all work to increase farms electric usage. These factors leave Indiana farmers with few options to mitigate this cost, because electricity is a business necessity, and most Indiana utilities and rural electric CO-OPs operate as monopolies in their respective district leaving no other competitive option.

On-farm solar power is an energy solution that Indiana farmers may want to consider closely. Solar installation costs have dropped significantly in the past few years and now farm projects are producing some compelling economics. The average solar installation for a Midwestern farm payback period is now at 7 years. This economic metric alone is attractive, due to the fact that the power production lifespan of a typical solar array is 30 years. The second most important metric in the solar agriculture calculus is the levelized-cost-of-energy (LCOE). This metric is the cost of electricity, after the implementation of solar, calculated over the life of the solar array. This is a number that factors in the cost of the solar system, along with the avoided utility cost of power that a system owner would have otherwise paid, and demonstrates an energy rate over the economic life of the system. Many times the LCOE is less than half of the cost of doing nothing.

Another factor for Indiana farmers to consider while weighing the benefits of switching to solar is the USDA's Rural Energy for America Program, also known as a REAP grant. This is a merit based grant which is scored by the USDA's application grading system that considers many factors in the solar project, such as type of farm grant applicant, solar project feasibility, energy offset, financing and total solar project economics. If the REAP application is strong and the project numbers are favorable, it increases the chances of being awarded the grant. The maximum REAP grant for a Indiana solar project is a 25% reimbursement of the project cost. If awarded, this makes the implementation of solar for the farm very compelling.

Lastly, the solar Investment Tax Credit (I.T.C.) is important for the farmer to consider before making the decision to implement solar. The ITC is the federal 30% business tax credit for adoption. This is the IRS solar incentive that refunds back to a business up to 30% of the cost of the solar project in a dollar per dollar credit against a federal tax obligation the business would have paid otherwise. This means that in order to make use of this tax credit, the business would have to have a tax appetite. The credit can be retroactive for the previous tax year or spread out over future tax years in order for businesses to claim the full 30% credit. 2019 is the last tax year for the full ITC, and the credit amount drops incrementally over the next few years until it gets to 10%. at which time it will remain at that percentage indefinitely for commercial solar installations.

My company, Emergent Solar Energy just completed a solar project for a large hog operation in northern Indiana. The project was a 155kW system that offset near 80% of the farm's electric consumption. The project was award a USDA REAP grant and the farm utilized a term loan at a favorable interest rate from their AG lender, which helped the project cash flow and improved the project economics. The CAFO farm had a very high monthly electric cost due to the hog barns exhaust fans creating a steady electric load without spikes; perfect for solar.  Since the local utility allows for a net-metering agreement, not yet reaching the Indiana renewable energy cap, the farm was able to maximize the net-metering program at the retail rate. This means that the farm gets credit for the energy it pushes back over the meter at the same rate the utility charges it for power pulled off the grid.

These factors made going solar an easy choice for this farm and most farms in Indiana with high electric costs, can utilize solar in the same manner to save money, gain independence from their utility or CO-OP, and power their farm with clean energy for decades to come. Confined Animal Feeding Operations (CAFOs) such as hog, poultry, dairy farmers, along with growers of grain, seed and produce, as well as a whole host of Agribusinesses such as feed mills, grain storage, and rural operations can enjoy the financial benefits and freedom of producing their own clean power with solar energy.


You can learn more about our latest agricultural solar project by clicking on the icon links below: 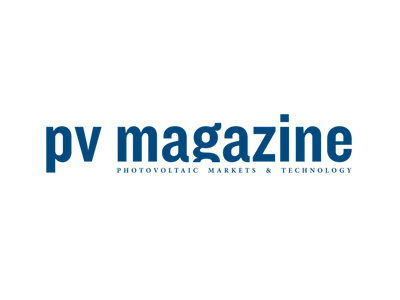 I'd like to thank everyone for checking out my new blog. I created this space to help educate the members of the Ag community about differing topics relating to on-farm solar, it's applications, economic and environmental benefits. You can learn more about me from the profile section to the right or from my LinkedIn profile here: Jeremy Lipinski
I hope to make posts weekly and will cover many subjects on farm solar adoption, the design and build process, solar project economics, Ag solar financing, array configuration, and farm energy analysis. I will also answer any questions about solar power for Midwestern farm use. I will be focusing specifically on solar subjects pertaining to Hog, Poultry, Dairy operation application as well as growers of all sorts and rural businesses interested in adopting solar for their farm energy needs. I welcome questions and comments. Again, thanks for visiting and check back soon.